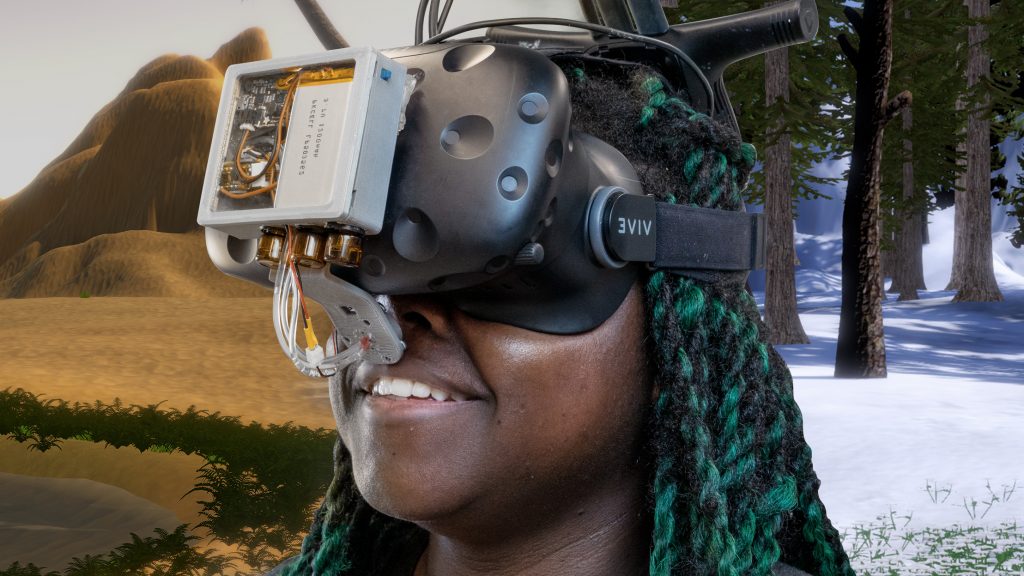 We will be using Zoom for the online meeting, so please make sure you register here.

We explore a temperature illusion that uses low-powered electronics and enables the miniaturization of simple warm and cool sensations. Our illusion relies on the properties of certain scents, such as the coolness of mint or hotness of peppers. These odors trigger not only the olfactory bulb, but also the nose’s trigeminal nerve, which has receptors that respond to both temperature and chemicals. To exploit this, we engineered a wearable device based on micropumps and an atomizer that emits up to three custom-made “thermal” scents directly to the user’s nose. Breathing in these scents causes the user to feel warmer or cooler. We demonstrate how our device renders warmth and cooling sensations in virtual experiences. In our first study, we evaluated six candidate “thermal” scents. We found two hot-cold pairs, with one pair being less identifiable by odor. In our second study, participants rated VR experiences with our device trigeminal stimulants as significantly warmer or cooler than the baseline conditions. Lastly, we believe this offers an alternative to existing thermal feedback devices, which unfortunately rely on power-hungry heat-lamps or Peltier-elements. 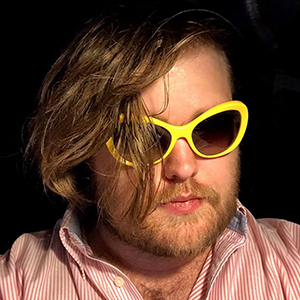 Jas Brooks is a PhD Student in the Human Computer Integration Lab at the University of Chicago‘s Department of Computer Science. Their research focuses on the engineering of interactive devices that directly interface with our chemical senses (e.g. smell and taste).

Admission is free, but don’t forget to register so you can get the Zoom invite.

Sorry, the comment form is closed at this time.